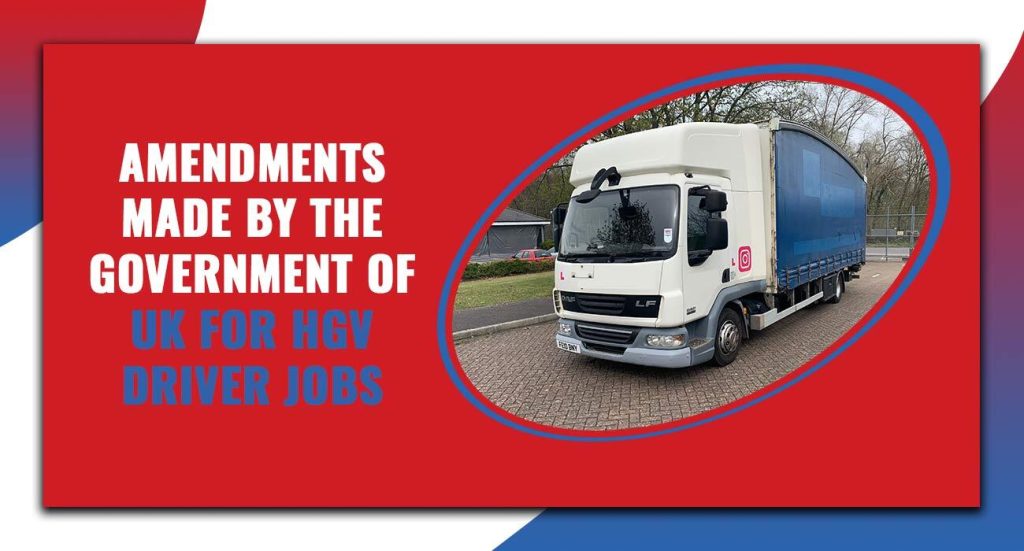 Though the number of HGV drivers was declining from the year 2016-17 they faced a major shortage of drivers in the year 2021. This meant that the citizens of the UK had lost interest in applying for HGV driver jobs.

To bring the issue of the shortage of HGV drivers to the notice of the Prime minister, the UK’s association for road haulage named Road Haulage Association (RHA) wrote a letter to Boris Johnson, the Prime Minister UK stating that there has been a dearth of 100,000 HGV drivers including the pre-existing HGV driver shortage of 60,000 as per the Freight Transport Association (FTA). This shortage has led to some UK supply chain issues counting the fuel shortage.

Covid-19 (the pandemic): According to the reports of RHA, a lot of non-UK HGV drivers flew to their own country during the pandemic and didn’t return. The government quoted “the economic bounce-back from Covid-19” as a subsidising of the scarcity of HGV drivers.

Test shortage: This has been a major contribution to the drivers’ shortage as confirmed by the RHA and the government.

Retiring drivers: Less than 1% of the population, according to the RHA, is under the age of 25 and pursuing HGV driver jobs, making the average age of an HGV driver 55. Of the 275,000 HGV drivers employed in the UK, 136,000 are 50 years of age or older, according to employment statistics from the ONS. The Government acknowledges that the industry’s lack of diversity and an ageing labour base are factors in the shortfall.

(IR 35) Off-payroll working rules: The RHA stated that it “welcomed legislation that assures fair and equal tax for everybody” in a piece about driver shortages and IR35. However, it also mentioned that IR35 adjustments made by HM Revenue and Customs may have resulted in pay reductions for some, worsening the driver shortage.

The off-payroll working laws make that those who are acting as employees but doing so through their own limited company or another middleman pay the same amounts of tax and social security as those who are employed directly. Before these modifications, drivers had the choice of working for a company or themselves. Employers must now make this decision, though. This indicates that this adjustment may have resulted in tax rises for some drivers.

Amendments done by the Government to Tackle the Shortage

Mounting driving test arrangements and temporary immigration planning are a few of many actions that the government has projected to address the HGV driver scarcity and create more HGV driver jobs.

The government declared that 5000 non-UK HGV drivers would be able to continue their HGV driver jobs in the UK on a three-month temporary visa issued by the government. This scheme was further extended for all food-good HGV drivers till the year 2022.

Beginning in the fall of 2021, the DVSA will simplify the HGV driving exam. Grant Shapps, the Secretary of State for Transportation, announced revisions to the law in a written statement to Parliament on September 10, 2021, regarding changes to driver testing.

The government of the UK decided to finance HGV licences for all the adults who wish to start with HGV driver training to qualify for HGV driver jobs via the adult education budget 2021-22 and will be training up to 5000 new HGV drivers. Before this, the licences of HGV drivers were self-funded. These were introduced as short courses which would train a driver to be road ready within 16 weeks.

The government is also offering up to $ 7,000 per person for the C and E apprenticeships of Large goods vehicle drivers (LGV).

Also Read: How to get Commercial Driving Licence in UK